Podcast: Girls and Sex an interview with Peggy Orenstein 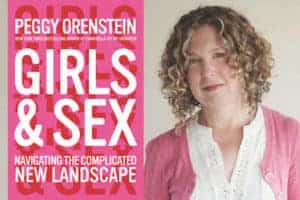 Peggy Orenstein is the author of The New York Times best-sellers Girls & Sex, Cinderella Ate My Daughter and Waiting for Daisy as well as Flux: Women on Sex, Work, Kids, Love and Life in a Half-Changed World and the classic, School Girls: Young Women, Self-Esteem and the Confidence Gap.

Her articles have been anthologized multiple times, including in The Best American Science Writing. She is a sought after keynote speaker and has been featured on, Nightline, CBS This Morning, The Today Show, NPR’s Fresh Air and Morning Edition and CBC’s As It Happens.

In 2012, The Columbia Journalism Review named Peggy one of its “40 women who changed the media business in the past 40 years.” She has been recognized for her Outstanding Coverage of Family Diversity, by the Council on Contemporary Families.

She received a Books For A Better Life Award for Waiting for Daisy. Her work has also been honored by the Commonwealth Club of California, the National Women’s Political Caucus of California and Planned Parenthood Federation of America.

Additionally, she has been awarded fellowships from the United States-Japan Foundation and the Asian Cultural Council.

This podcast interview with Ms. Orenstein is rich with content for you to ponder. 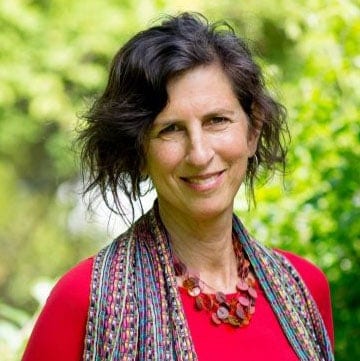 Ellen Goldsmith is a licensed and nationally board certified acupuncturist and Chinese herbalist. She has been in the field of Asian medicine for the past 30 years, teaching, speaking and working with thousands of people to give them the resources, skills and tools they seek to improve the quality of their health and lives. Ellen is the author of the well respected book, Nutritional Healing with Chinese Medicine: + 175 Recipes for Optimal Health. She is on faculty at the National University of Natural Medicine’s College of Classical Chinese Medicine in Portland, Oregon.